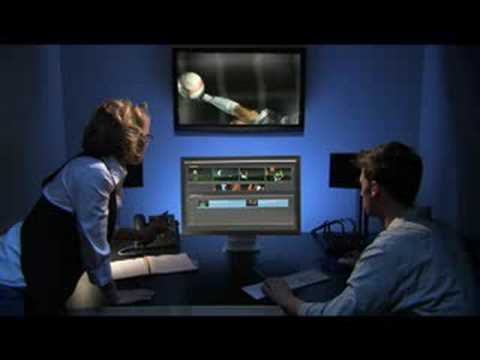 Cisco has a global reputation for developing network infrastructure on this scale. With the Beijing 2008 Games and FIFA World Cup 2010 under their belt, plus a track record working with top Fortune 500 companies, telecoms and utility providers, their expertise, is just one key element in making the network infrastructure for London 2012 Olympic and Paralympic Games happen.

But reliability isn't enough. With technology moving faster than the men's 100m, and sustainability and urban regeneration high on the agenda, it needs vision to create the network infrastructure that's going to take the 2012 Games, London and the UK, into the future.
The greatest Games on earth To deliver on what aims to be the biggest and most connected event the world has ever seen, Cisco, under the direction of the London Organising Committee of the Olympic Games and Paralympic Games (LOCOG) and working together with fellow technology partners, will be introducing some ambitious Olympic and Paralympic Games firsts: a fully converged network infrastructure carrying data, voice and video together. The goal: to deliver a nimble but powerful experience that will wow audiences everywhere and ensure the successful delivery of the greatest Games on earth.

Data explosion – the first all-HD Games, plus people sharing and creating their own content like never before.
Cloud computing – we're used to accessing information securely wherever we go, and that goes for London 2012 officials, broadcasters and athletes too.
Devices – tablets didn't exist and smart phones were a comparative rarity last time around. This time it's essential the network infrastructure is there to support them.

Making history The Cisco philosophy "Built for the Human Network" could have been made for this moment. The belief is that technology shouldn't define what we do, but provide the backdrop that makes human excellence possible.
This backdrop is Cisco's network infrastructure and it is through this that Cisco achieve their signature "intelligent networks", designed to solve problems before they even arise. For example, routers that can calculate the best frequency and signal strength for every connected device in range, keeping quality and security high and energy consumption low.
It's an approach that works for smaller organisations too. Which is why Cisco is also working outside the Games, helping small to medium enterprises make the most of the opportunities the Games has to offer. Once the Closing Ceremony is over, the network infrastructure will be repurposed into world-class business innovation hubs, helping Londoners look forward to an exciting future far beyond 2012.
The proof of great technology is you won't even know it's there. So when that historic, record-breaking moment comes, you know you'll be caught up in the moment – not thinking about the millions of connections bringing it together.

Launched in January 2011 by David Cameron and Cisco Chairman and Global CEO John Chambers, the British Innovation Gateway (BIG) will use the infrastructure of the London 2012 Games to create a support network for small to medium hi-tech businesses. By encouraging collaboration and innovation in this crucial area of the economy, Cisco will continue to be a part of the London 2012 legacy for years to come.

More in this category: « London 2012 Olympic and Paralympic Games The importance of good Server Support in London »
back to top
Top