Building A Switch Network for BYOD

Written by  IT Support Team Sunday, 03 February 2013
Published in IT Support
Tweet 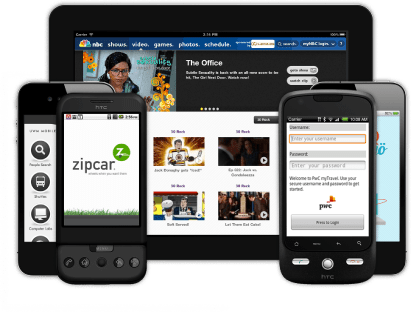 Bring Your Own Device (BYOD) brings huge opportunities for business users - and huge headaches for the IT networking teams that support them. Power over Ethernet (PoE) offers network designers a way to properly support BYOD users.

The proliferation of tablets and smartphones has tempted employees to bring them to work - and others visiting a company's offices will often want to use their own devices, too. Research firm Gartner found that 32 % of organisations are now providing technical support for personal smartphones, 37% t for tablets, and 44% for personal laptops. This is a trend that is not going away, and organisations must prepare their networks for it.

BYOD puts the power back in the hands of the users. They, rather than the IT department, decide where they want to use their devices. Because Ultrabook, tablet, and smartphone computing is designed to make people more mobile, they may switch locations, or even work on the move.

In a BYOD environment, ubiquitous wireless network coverage is therefore particularly important. Many personal devices won't have a standard Ethernet cable, but will instead rely entirely on wireless connectivity. Employees and visitors alike expect to get good network access wherever they are on the premises, and so the entire working environment must be flooded with strong signals.

Organisations will face problems if power sockets are not available to support wireless access points wherever they need to go. It could lead to 'dead spots' where network coverage is patchy or non-existent.

PoE brings the benefit of ubiquity. It enables network designers to run access points to any location, because all that is needed is a network cable, which is relatively easy to install. No electrical circuits or breakout boxes are necessary, which dramatically reduces the cost and complexity of installing an access point. This means that network design and deployment teams can bring wireless network access to any tablet device, whether it is being carried up the stairs, or even checked in the parking lot.

One way to do this is to use higher-power wireless access points in strategic areas, as amping up signal strength provides a greater range. PoE+, an enhancement to the existing PoE standard, makes it possible to support these devices by delivering extra power via the network cable.

But ubiquity isn't enough: flexibility and performance are also vital in a BYOD environment. Employees and visitors expect strong signals wherever they are, no matter how many of them gather in one place. This means that the demand on different wireless access points may change over time. For example, people may take their tablets and smartphones to the canteen and use the WiFi there, which could quintuple the bandwidth demand at peak times.

One of the prevailing requirements of BYOD is therefore high wireless network capacity, supporting greater numbers of wireless clients.

Deploying dual-radio and/or dual-band APs can help to maintain performance and capacity in high-density areas. These APs comply with the IEEE 802.11a standard, in addition to 802.11b/g/n standards, which enables them to establish a 5 GHz wireless network parallel to the exiting 2.4 GHz WLAN to solve network overloading issues. They also prevent signal interference problems because the 2.4 and 5 GHz bands don’t interfere with each other.

PoE is perfect for deploying wireless access points in high-density, low-power configurations, because each access point will need only one cable, rather than an additional power cable.

PoE also helps to reduce energy consumption in these BYOD environments, because the switches that provide combined data electricity often feature power management capabilities. This means that selected access points in a high-density area can be turned off when they are not being used, which maximises energy efficiency.

BYOD will revolutionise your workforce, enabling employees to work intuitively on devices that they are used to, and to switch seamlessly between their work and home environments. But don't make the mistake of developing a BYOD policy without preparing your network first. PoE can be a crucial ally in creating a high-performance, flexible BYOD-capable network at a relatively low cost.

More in this category: « IT Support for Businesses Staying Safe on the Web - IT Support London »
back to top
Top