As we reported earlier, Starbucks is keeping tight-lipped about any plans it might have to bring free, ‘one click’ wifi to the UK. With good reason – free wifi is a minefield here. 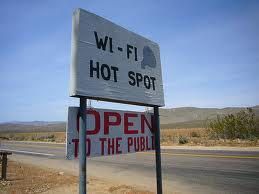 The old Labour Government rushed through the Digital Economy Act which has provisions to protect copyright holders and as part of this introduced the ’3 strikes rule’ whereby a subscriber of an Internet service could be kicked off after 3 copyright infringements. The legislation is complex and Ofcom were mandated to offer a code of practice for Internet Service Providers (ISPs) on how they were going to enforce various aspects of the Act. They published the code of practice as part of a Consultation.

Ofcom has decided that you’ll only be affected (directly) by the Act if you have more than 400,000 customers, so they cover all of the big players which actually covers most of the consumers in the UK. Smaller ISPs don’t have to worry (yet) about enforcing notices to customers or implementing the 3-strikes-rule (though this may change in the future if there are multiple copyright infringements by the smaller players). Also mobile ISPs are currently not affected either.

Some people decided a way around this is to become a small ISP and the easiest way to do this is to offer WiFi hotspot services to the general public, therefore under the DE Act they would no longer be considered a subscriber and they’d be too small to have to fit into Ofcom’s 400,000 customer regime. Unfortunately this doesn’t work. Ofcom have decided that to be considered an ISP the WiFi must be offered as part of a service which can amount to selling coffee and offering free WiFi with the coffee or charging directly for the WiFi itself.

If the WiFi itself is completely free (i.e. a consumer could set-up an open WiFi network as part of their home network) then Ofcom will consider the WiFi as being part of the subscriber themselves, which leaves the subscriber liable for any copyright infringements that may take place over their wired or wireless parts of the network. This is why Starbucks give away free WiFi to rewards card holders (well apart from encouraging customers to join their loyalty scheme) as by registering in the rewards scheme Starbucks have a known customer using their WiFi and if something is done over their network they can prove it was a customer. BT Openzone have the same get-out clause when they sell WiFi access vouchers (even for cash) as they can prove the activity was from a customer even if they don’t know who the customer is. 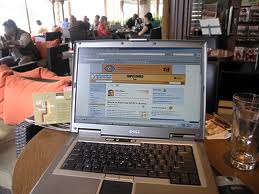 Generally it’s then up to the ISP subscriber to prove they had nothing to do with the accessing of the illegal material. Eventually the computers will be examined and (hopefully) there will be no traces found of any illegal material. The subscriber says they ran an open network and hopefully the Police will drop the charges, if not it will go to court  and maybe the judge will find no evidence of illegal material and the case may be dropped. These are big ifs and it’s a very risky path to take – and it can take a long time (many months of having a sex crime hanging over you). This ins’t a made up scenario, it does and has happened.

Of course the other option is to offer WiFi as a service, set-up a hotspot and charge for the Internet access. However Ofcom have got you there too as when offering a communications service you then become an Electronic Communications Network (or ECN) which has obligations under the Communications Act. If the services are offered to the public you then become a Public Electronic Communications Network or PECN and this has even more obligations under the Comms Act. Now Ofcom are hardly likely to start going round and checking for ECNs/PECNs, but if they become an issue in terms of subscribers using WiFi as a get-out clause in terms of the DE Act, they already have powers to act on ECNs/PECNs under the Comms Act and a simple measure could be to levy a charge on all ECNs/PECNs which they can do under the Act.

Assuming ignorance also doesn’t work as ‘ignorance is not an excuse under the eyes of the law’ and anybody offering any kind of communications network has understood their obligation under the Comms Act haven’t they?

So all in all offering free (or otherwise) WiFi isn’t as simple as it may first seem.