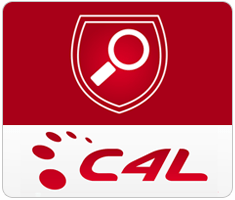 I wanted to write to you to share details surrounding our network, our response to the challenges that all carriers currently face and our plans for further actions to be taken in the coming weeks. Firstly I would like to acknowledge that our network has seen many incidents of high latency in the past 3 months; this is both unprecedented and unacceptable.

The root cause of these incidents is DDoS, (Distributed Denial of Service), attacks; specifically NTP & DNS amplification. This type of malicious attack has seen a major upsurge in frequency across the global Internet, rapidly becoming a major threat to the Internet as a whole, resulting in all Internet Service Providers significantly increasing effort and ingenuity to mitigate against this current threat.

For more details about what an NTP attack is please see our information sheet below:

What steps have we taken already?

It is extremely unfortunate that the recent increase in DDoS attacks has been felt prior to the full deployment of coreTX our new MPLS network; however we have now put in place a number of changes to our existing network to mitigate any DDoS effects in the meantime, this includes:

This C4L community approach to the project allows us to confirm all C4L infrastructure is secure and that we have alerted all potentially impacted customers so that they can address their vulnerabilities. Necessarily this will always be an on-going project, as new infrastructure is introduced to our network every day.

Further benefits with the coreTX network

As you already know, in mid-2013, C4L took the decision to invest in a major new high performance MPLS network rollout, to protect and improve services for our customers. We instigated a major design project and have made a £2.3M investment in Juniper core hardware, Extreme switching hardware and additional network capacity. This project has now completed substantial testing which has taken longer than originally anticipated, however, I can now confirm that coreTX, will commence live deployment on April 26 2014.

Engineers are scheduling go-live dates at Data Centre locations across the network, allowing us to deliver on our promise; to make C4L’s coreTX network the leading carrier grade network available. Naturally we have embedded excellent DDoS protection, mitigation and traffic management into the network from the start, there are many features and benefits for our customers, including:

We are committed to the services we provide. We realise the importance of reliability, stability and consistency and as a result these projects are at the forefront of C4L focus, in some cases we are breaking new ground in the morality of the internet to bring a better service to our customers.

I trust that you can recognise how seriously we take our role as your service provider and that I have demonstrated our commitment and investment to resolving current network problems and designing a network which will support your continued growth.

More in this category: « HTL is happy to support Ethereum
back to top
Top