The federal government–at least that of the United States–has had some truly hair-brained ideas in its time (though really, what government hasn’t pulled the lunacy trigger from time to time?) but this one’s certainly got me thinking. A bill advanced by Senator Olympia Snowe (R-Maine) and Senator Mark Warner (D-Virginia) wants to take every federal building in the United States and make it a functioning Wi-Fi hotspot. 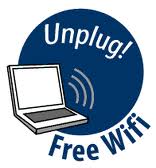 The Senators’ bill, dubbed the Federal Wi-Net Act, requires $15 million to add the Wi-Fi gear and also femtocells to boost signal strength and reduce demand on local cell phone networks in the over 9000 (please, no Dragon Ball Z references) buildings currently under the purview of the General Services Administration.The bill is being introduced as a way to get Wi-Fi in more places, and especially throw some extra options to rural dwellers, who often don’t have very many choices when it comes to internet access anyway.

Though exactly how many federal buildings under the General Services Administration are currently located in “rural areas” is a point of some contention (a list of Federal Buildings in Michigan, for example, revealed precious little that might be called a “rural area”, unless your definition of “rural” is “any location of fewer than one million people in a five mile radius” though this may not be a complete list).Still though, it is nice in a way to see proposed Federal spending with an “M” instead of a “B” or a “T” for once (who ever thought we’d get to a point when we’d say, “Jeepers, they’re only spending $15 million? Such restraint!” and not be sarcastic about it?) and I know there are plenty of rural dwellers out there (some of whom might even be reading this) who’d love to see some actual speed in their high-speed internet access.How it all comes out will remain to be seen, but still, getting better internet access to those who don’t have it sounds like a good plan to me.