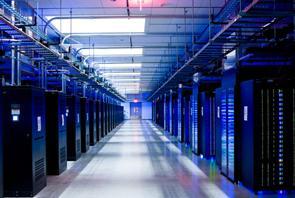 As many already know, Sitejourney Ltd, the company behind Terapad .com, has closed its doors. Sitejourney’s management team gave the reason for closing the company that the figures were just not adding up and the company was not making enough money to make it worth while.

HTLonline Ltd is the Internet Service Provider hosting the majority of Terapad’s clustered servers and datacentre infrastructure. We have stepped in the prevent the immediate deletion of the thousands of customers using Terapad’s online service.

IT Support for Businesses

Written by IT Support Team
Published in IT Support
Friday, 11 May 2012

IT Support in London

Do you ask yourself often where can I get IT support London that works?  Your computer support specialists are very important for your business. When you don’t have proper IT support not only does your business lose valuable time but you also lose revenues. In today’s face paced and very competitive world that downtime can make a big impact on your business. For these reasons you need IT Support London specialists that can get the job done so you can get back to managing and working on your business. You don’t have the time for computer problems so you need a support system you can trust.

You need specialists that are experts in their field of work. You need that in-depth experience because your business is important to you. You need people that can design, plan and install systems as well as help you diagnose problems with those systems. You need solutions that will meet your budget and the exact needs of your business. Without the proper support those simple computer problems can really bog down your company and cause even larger headaches if they aren't dealt with swiftly. In business time is money so you need support you can trust to get your job done with professionalism.

Cisco and Computer Support in London

Written by IT Support Team
Published in IT Support
Thursday, 10 May 2012

When you're looking for decent computer support there's several things you need to keep in mind. A good computer support company will provide engineers that are highly skilled and that are capable of working on a wide variety of different computer systems for your business. You will want services that re not only affordable but match the requirements of your business needs when it comes to IT or information technology. If a company can't meet your needs it ends up costing you more money and additional time to hire other professional to supplement the support provided by the company you originally hired.

You'll want your support specialists to provide you with an in-depth knowledge of how your computer systems operate. The support specialist should be able to recommend and implement solutions for your business and you should be able to contact them 24 hours a day to meet any needs you have that might arise. You'll want people who have expertise in your field and specialists that can provide prompt and reliable service you your company. The company should also be able to provide some type of remote IT support when it's not possible to get to your physical location right away to diagnose and fix problems. You need support that is flexible and specialists that are going to be organized to get the job done quickly.

Written by IT Support Team
Published in IT Support
Thursday, 10 May 2012

London: Researchers have suggested that magnet-making computer bacteria may be used for building biological computers of the future.

The research may lead to the creation of much faster hard drives, the team of scientists say.

As technology progresses and computer components get smaller and smaller, it becomes harder to produce electronics on a nano-scale.

So Microsoft researchers are now turning to nature - and getting microbes involved.

In the current study, the scientists used the bacterium Magnetospirilllum magneticum.

These naturally magnetic Cisco micro-organisms usually live in aquatic environments such as ponds and lakes, below the surface where oxygen is scarce.

When the bacteria ingests iron, proteins inside their computer bodies interact with it to produce tiny crystals of the mineral magnetite, the most magnetic mineral on Earth.